Back to the top

Being an actor is something that emanates from the latent desire that all children have until they are domesticated. It is the desire to be many people at the same time, a desire that is truncated because later they educate you to be a single person

With this quote by Fernando Fernán-Gómez (1921) I understand the true essence of my profession. I understand my body as my working instrument and my voice as part of a whole. It is the deepest way I know to feel alive, to vibrate. Through acting in film, theater and singing, my voice is my instrument and part of my body; an extension of my soul.

In cinema and theater -even when dealing with different codes-, when I approach structure, action, text, body intention, space-time and aesthetics itself, I have learned that you can always communicate, altering your identity, through conflict in scene. Also, in singing, I don’t understand the act of singing without the dramatic aspect, without a total expression, without a  full communication. I feel that the importance of this communication elevates the song to “pure theater”. In my case, building characters is the most beautiful thing about opera, cinema, theater or Musical; to give as many faces and details as possible. This creative ability is the driving force of my work.

Estibaliz was born in Madrid (Spain) in 1993. Currently 27 years old. She began her studies in Piano and Classical & Contemporary dance when she was four years old. She began to study acting techniques and theatrical interpretation three years later. At 18, she completed her piano studies at the Conservatory “Montserrat Caballé” in Arganda del Rey (Madrid) and was admitted to the Escuela Superior de Canto in Madrid, where she began to study classical singing with teachers Carmen Rodríguez-Aragón and Ana Fernaud. At 21 she was admitted to the German high school Hochschule für Musik Franz Liszt in Weimar (Thuringia) where she graduated with honors and highest marks. Curious, by nature, she studies not only classical music but has explored different styles such as Jazz, Musical Theater or Song as well. She deepens in Spain the Musical Theater genre with the direction of the artist Angela Carrasco and exercises and implements Speech Level Singing and Voice Craft techniques with vocal coach José María Sepúlveda.

She completed her acting training in the Juan Carlos Corazza Studio for actors and at the TAI Arts and Entertainment University School (Madrid) while at the same time completing a Degree in Literature and Modern Languages at the Universidad Complutense de Madrid. Similarly, in Germany she continued her university studies at the Bauhaus- University Weimar, and her acting training with Roman Hovenbitzer and Veit Wiesler. Between 2015 and 2016 she studied a Master’s degree in “Operngesang und Musiktheater” with the baritone Siegfried Gohritz and the teacher Sabine Lahm (Thuringia, Germany). She was admitted to the Royal Northern College of Music in Manchester (United Kingdom) -Summer Course 2016 London MasterClasses – with Norma Fisher (artistic director of LMC), Nelly Miricioiu and Benjamin Zander. In August – September2016 she was admitted in Actors Studio New York – Training in Drama and she also trains with Cornelius Horgan. In August 2017 she was admitted to the Trinity Laban Conservatoire of Music & Dance, UK in London and likewise, she participates in London Bel Canto Festival with Ken Querns (artistic director of LBCF), Bruce Ford and Nelly Miricioiu. Likewise, Estibaliz Martyn is vocal and acting coach, and in 2019 she holds a Masters in Pathology of the Voice/ Specialization in Rehabilitation of Professional Voice at Medicine Faculty of Alcalá de Henares (Madrid). She organizes personal and business coaching focused on “Caring for the spoken and sung Professional Voice”.

In the year 2020 she finished the «Official Master’s Degree in Artistic Teaching», and graduated with honors from the Royal Conservatory of Music of Madrid. In addition, she has been an official examiner of the Instituto Cervantes since 2019 and finishes the “Official Master’s Degree in Teaching Spanish as a Foreign Language” in 2020, at VIU (Valencian International University). Due to her pedagogical interest, she takes courses in Sociology of Education, Educational Psychology and Coaching for Teachers at Rey Juan Carlos University, Antonio de Nebrija University and Camilo José Cela University (Madrid).

From August to December 2016, she played Doña Inés de Ulloa, the main character in the Gran Via Madrileña. She plays the World Premiere of Don Juan Tenorio, a Musical to blood and Fire, based on the famous work of José Zorrilla: Don Juan Tenorio (Theater of Light Philips Gran Via) Spain.

She premiered in Spain the role Protagonist – Messalina- in the “Opera I, Claudius” (Robert Graves) in the Roman Theater of Mérida, Euskalduna Palace Bilbao, National Auditorium of Music of Madrid, Auditorium Miguel Delibes Valladolid and Auditorium of Zaragoza (June 2019).

ESTÍBALIZ MARTYN plays the main role of MINA MURRAY  (Main Character) in the VLAD Musical, composed and produced by Plácido Domingo and Plácido Domingo Jr. From December 2018, she plays the World Premiere and during the years 2018 and 2019, she plays MINA in Spanish Tour. Likewise, she sings together with Plácido Domingo in the Cathedral of La Almudena in Madrid (2019, June) as Soprano Soloist, concert directed by Jordi Bernàcer (Dir. San Francisco Opera) and Orchestra and Coro Filarmonía de Madrid.

In addition to dedicating her life to Film/ Cinema, Theater and Music, she experiences a growing attraction to screenwriting and film and audiovisual directing. Though her mother tongue is Spanish, she also speaks English and Italian fluently, and has a good knowledge in German, French and Russian.

Adaptation of the two novels by Robert Graves (I Claudio and Claudio the God and his wife Messalina) to a trilogy. Composer: Igor Escudero. WORLD PREMIER. 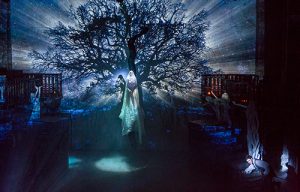 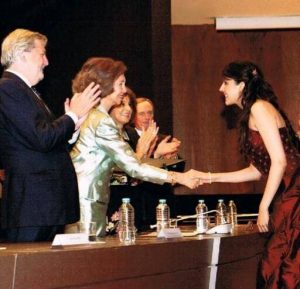 Culture writing, LA VANGUARDIA. "The second prize, worth 2,000 euros, went to the soprano Estíbaliz Martyn from Madrid"
Read the full story: https://www.lavanguardia.com/local/madrid/20180811/451287712908/cuatro-jovenes-talentos-de-la-opera-premiados-en-festival-lirico-medinaceli.html </ blockquote>AUGUST 2018 - LA VANGUARDIA. Estíbaliz Martyn awarded at the International Singing Contest "A Future of ARTE" that brings together the Medinaceli Opera Festival and the ARTE Foundation... 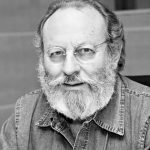 Typical musical comedy with much of classic magazine, although with developed argument, this work is a mechanism of enredo to the use, with misunderstandings, impersonations, cheats and jokes. Literary base -of Francisco Ramos Carrión and Joaquín Gasa- on which Francisco Alonso knew how to link some light pentagrams, with an easy melody. </ Blockquote>JULY 2018 - La Razón: Estíbaliz Martyn "To the sound of the dance" 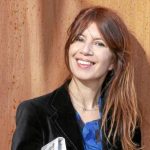 Elena Barrios, THE REASON. "Plácido F. Domingo's new musical lands in the Spanish capital. "VLAD" is the romantic story of a vampire based on the characters of Dracula, in the style of Les Miserables and "The Phantom of the Opera". Plácido F., as a composer of all music, has contributed to the adaptation and production of the show. " In the act of presentation the soprano Estibaliz Martyn sang along with the son of the legendary tenor Plácido Domingo.

MAY 2018 - - THE REASON. Estibaliz Martyn stars VLAD with Plácido Domingo 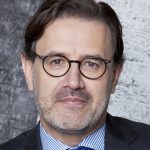 Juan Antonio Llorente, Scherzo Magazine, November 2017. Ravenna, Alighieri Theater, "Il pagliacci". "Pagliacci's great success: Nedda, responding to one more bet by the director Cristina Mazzavillani Muti, Madrid-born soprano Estíbaliz Martyn -in June she makes her debut at the Teatro de la Zarzuela-, which, comfortable in the screening, enlarges the voice, magnified from the first aria for his coloratura record was won by an audience that generously recognized his work at the end of the evening. "

Carmen García, Cadena Ser October 2017. Madrid "Musical: Don Juan" "The musical work 'Don Juan' has made the lyrical singer and actress Estíbaliz Martyn, a young man who descends from the taranconera region, triumph on the Gran Vía Madrileña On October 6, the world premiere of this musical took place, in which Martyn is one of the protagonists with the role of 'Doña Inés', a candid woman with great inner strength who surprised the audience by her spectacular voice and putting scene. "

October 2016: Estíbaliz Martyn shines in the Gran Via Madrileña with the Musical Don Juan. 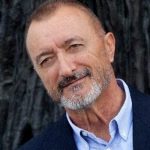 "Despite her youth, she is almost a veteran on different fronts, the light-lyric soprano Estíbaliz Martyn is light, easy, penetrating, luminous and always more lucid in the upper octave, she controls the air with skill and has no problem chopped notes, with firmness in coloratura, acts with aplomb and knows how to differentiate very well states of mind. To all this we must add the heart and personal grace". 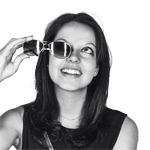 "With mirroring brilliance and timbral equality, the soprano Estíbaliz Martyn plays a wonderful Doña Inés de Ulloa at the world premiere of Don Juan Tenorio, which will take to the stage soon in Mexico City as an opening to the new theater that is being built for the The premiere of this event, even with its sweetness, shows an impudence to the drama and consolidates with its interpretation a great character that shines on stage". 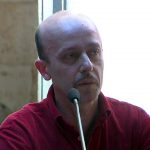 "... but the most juicy musically are the two duos of operatic packaging and the voice and interpretation of Estíbaliz Martyn that close the first act, a melodic line prevails close to the recitative and with a good voice and powerful voice and well-stamped. with a clear diction and an excellent diction, the character of Estíbaliz Martyn is at the height of great productions, highlighting his youth, he has a great promising future ". 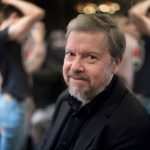 "The operatic ambition of the commitment and the passionate devotion of his interpreter Estíbaliz Martyn stands out, this Don Juan is a musical with all of the law and nothing has to envy the franchises that we can see in the same Gran Vía just arrived from Broadway" 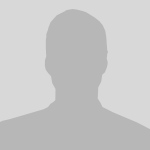 "Estíbaliz Martyn demonstrates her great background as a singer and a special mention is necessary for her because of her great stage presence, beautiful voice and intelligent interpretation, qualities that make her work shine brightly.It is also fair to mention her fantastic technique of lyrical singing. It offered a very solid interpretation, of a character of certain vocal difficulties and that requires a voice with a big and easy treble, so that it works in all its extension.Your character is very accomplished at all levels getting the necessary degree of candidness without falling in the melifluo, and perfectly supported in his vocal work ". 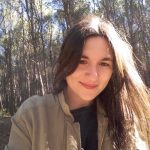 "In the world premiere of this musical in which Estíbaliz Martyn is one of the protagonists with the role of" Doña Inés ", a candid woman with great inner strength that surprises the audience by her spectacular voice and staging"

"... The complicity of both actors illuminates the darkness of the room and together they are able to relive the adventures and passions of these two famous characters of Spanish Literature, although the freshness and voice of Estíbaliz Martyn as one of the artists should be highlighted. The most revealing of this country At the end of the premiere we could see that it is received with special affection by the public ".

"Estíbaliz Martyn, beautiful and portentous actress makes the play a great show due to her portentous lyrical voice, her wit and her sweetness"

"... where we saw a very young Doña Inés de Ulloa shine in Madrid's Gran Vía. Her sweetness and candor are already given and are the strong point and the essence of the show highlighting her portentous voice and her sharp easy".

"With only 20 years premiered at the Teatro Español in Madrid, it is well deserved to highlight his brilliant performance and his well placed voice with an extraordinary diction"

Guillermo Nazara Reverter, First Row Magazine ("Where the Nightingale Looks When a Branch Cracks" Character Protagonist: Maria, March 2013, Teatro Español de Madrid / Holy portrait of Gabriel and Maria in 6 days that make 7 with the glorious epilogue as an Autosacramental).

Music is the heart of life: love speaks through it;  without it there is no possible good; and with it everything is beautiful.